What We’re Made Of: An Interview with Annette Coulombe 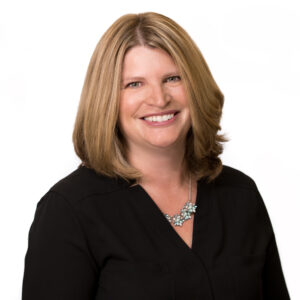 Tell us a bit about yourself and your current role

I have been a field marketing manager for McDonald’s for the past ten years.  This means that I spend a lot of time supporting franchisees and helping them successfully grow their businesses. I specifically do this through national and local marketing. I am deep into the US retail marketing environment on a daily basis!

Let’s talk a bit about your early life and influences. What stands out?

When I look back at what made me who I am today I would argue that I am constantly evolving and re-inventing myself. There are, however, a couple of things that were key influences.

First, I grew up with a very middle-class work ethic: my family was very focused on hard work. In the very formative middle school years of my life, my dad was a steel worker who was laid off for about two and half years. That was really tough. The whole northwest Indiana steel industry in the 80’s was on its heels. There was a high degree of resilience associated with getting through it. My parents and our family learned to endure.

Second, I was always involved in sports, playing softball from elementary school all the way through high school. I was always part of a team.  In terms of both softball, and as a swimmer as well, I learned that my individual actions had a clear impact on our teams.  Those experiences shaped my work ethic and taught me to put my all into whatever it was that I was doing.

Did you always know that you wanted McDonald’s to be in your career plans?

No, not at all! When I was in high school my plan was actually to be a secondary education teacher! But then I started my job at McDonald’s and by the time I was applying to colleges I had switched my major to business because I aspired to the McDonald’s CMO at the time! I spent high school, college and about 8 years post-college working with McDonald’s. But then I also worked for an advertising agency (with McDonald’s as a client) for five years.  Finally I spent a couple of years at home raising my children and did some consulting work before coming back to McDonald’s ten years ago.

It’s been an interesting journey…I do look back and wonder if I should’ve been a teacher, I don’t know, but I’m very happy with what I’ve done, and am doing. I’ve found ways to infuse teaching into my everyday work and personal life. My work has provided the opportunity to both teach formally… and to coach others individually.

What was it like being a restaurant manager at a very young age?

When I was working at McDonald’s I was the youngest shift manager that the organization had ever had at age 17.

I had positional authority as the shift manager, yes, but I had all these people working for me that were either my peers in high school or older than me. So I learned very quickly how to influence others.  They would not necessarily respect my role due to my age, so I had to be able to show them the “why” of trusting me. I believe that really was the foundation for my becoming a catalytic leader…so many of those skills are the same.

My experience working through high school also shaped the way that I am a parent to my kids. I live in an affluent county where there are a lot of parents who do not make their kids work. My kids have had to work since they were fifteen. They don’t have to work a lot but they do have to have some kind of job. Even if it’s just being a referee or working a couple hours a week babysitting. My oldest, who is in college now, recently remarked to me how grateful he is that we made him do that.

When you interview people for jobs, at McDonald’s, what do you look for?

I think it’s very important to have a good understanding of your strengths and opportunities. A red flag for me is when people say they don’t have development opportunities. Everyone has areas in which they can improve: if you are self-aware then you likely have a good learning orientation. Especially in our organization there are so many opportunities. You can start in marketing and spend your career there, but also move to data science, operations, HR, learning and development. You can cross any of those. If you have a really good learning orientation and an understanding of the bigger picture, you can pursue any number of interests in the organization.

We can teach you the foundational knowledge of our business; the functional knowledge that is McDonald’s specific. What I can’t teach you as easily is how to communicate effectively, how to orchestrate your work with others, and how to influence people.

You mentioned “orchestration” as an important skill to have.  How do you define it?

Orchestration is really about how to influence people and get things done. I’ll put it in these terms: when a conductor is conducting an orchestra, there are multiple players, of multiple instruments. Just like there are different pieces in an organization which have to come in at different moments in the “score”. They all have to work together seamlessly to get the best result and the conductor can be quite subtle in their direction.  Often that is what I’m trying to bring together. Sometimes I can accomplish this via my position and authority, but more often it is accomplished via influence.

The movie “The Founder” focused on the history of McDonald’s.  What did you think of it?

The segment that stuck out to me was the scene where they are on the tennis court trying to map out the different kitchen layouts and work processes.  We have a modern version of that today! In our innovation center we do very much the same thing. When I look at our history and our values, innovation and how we get better stands out. Those are core values that have carried through from the very beginning.

Do you have any advice to young people starting out in their career? Something that might negatively impact their career?

Yes, admit when you don’t know something. But, commit to getting the answer and learning. That’s something that I see in younger employees who are trying to make their mark; they’re afraid to say that they don’t know something. We build a lot more respect by saying, “I don’t know the answer and I’ll get back to you” than by trying to make something up. Eventually everyone will see through that and you may lose credibility. And that respect is so important in getting people to listen to you and hear your ideas.

Who do you work with who is a catalyst?

One person in our organization, Roy, exemplifies a deep understanding of his customers: he understands and connects with the folks that he needs to work with on an emotional level, they trust him implicitly, and understands what their needs are.

What is he doing behaviorally that brings people together so effectively?

The visible, palpable energy that he brings every day:  he uses language that says “we can all get this done.”  And he positively challenges us, “how can we as a team solve this?”

It’s never about “I” it’s about what we can do. I also know he’s under a lot of stress, but in spite of that he is able to modulate his behavior and keep everyone focused on what we need to get done. He has four kids under the age of ten while working in a virtual work environment!  He definitely has a glass half-full approach.

Looking ahead, what do you see changing in the work world?

I think that agility and resilience are going to be two things that are critical in the next five to ten years. We are experiencing the need for those now as we face COVID-19:  it is shifting the way we work. It includes working via newer technologies, but there are also challenges around the boundaries between work and our personal lives.  I don’t know that there’s one right answer, but there will be profound changes to the existing norms of how businesses function relative to physical space, technology and working relationships.

A final question:  Have there been any trigger events in your personal life?

Yes, a couple. I would say the first one happened after my first son was born. I made the decision to take a leave of absence from McDonald’s. Maternity benefits were not at all what they are today, and I really could not see myself going back to work after six weeks. But it became really clear to me after about six months, that I am a much better person when I’m not a full time mom. That was a trigger moment where I really understood who I was. And ultimately I was okay acknowledging that it’s okay to want a career and be a mom. I am better at both of those things when I have a career outside of the house. So that was a definitely a moment.

And have there been any in your career?

The other one I would say occurred when we went through our re-organization two and a half years ago at McDonald’s. I had this played back to me during a conversation at the beginning of this week, and I hadn’t heard it in these terms. When that re-organization happened we went from about 110 field marketing people to 20; and a US marketing team of about 300 people to about 175. To say the least, that was a significant reduction in our staff but the work still needed to get done.

It was at that time that I made the decision that I wanted to seek more responsibility in the new structure. I had to figure out what I needed to do in order achieve that, and I made the decision to make myself uncomfortable. I’m not that good at interviewing and I needed to get better…I practiced.  The politics of an organization and the building of relationships that amplify impact don’t come naturally to me, so I focused on connecting more with others.

Someone described that to me as reinventing my learning orientation while I redefined what I want out of my career. That’s really what happened two and a half years ago!  More recently I was just got named Field Marketing Officer for the Nashville Field Office so I guess the focus and effort is paying off!

The Catalytic Corner features interviews with individuals who have an out-sized impact on the performance of those around them. This article is authored by Jerry Toomer and Julia North. For more information see thecatalysteffect.org.