Paving Your Own Path: Interview with Maureen Speth 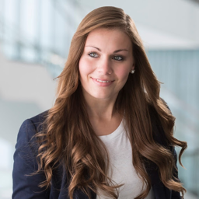 “Do not follow where the path may lead. Go instead where there is no path and leave a trail.”

I work for Roche Diagnostics as a Global Business Process Specialist, serving as the interface between IT and the businesses. I am responsible for making sure that the customer-facing IT processes work smoothly for our customers. If a business leader thinks their site needs adjustments to make it more user-friendly, they come to me as the focal point for our team(s).

You are in a global leadership role, but you have little formal authority. How you get your job done when you have no staff reporting to you?

It’s a very interesting position because I don’t have a team that reports to me, but I am responsible for prioritizing changes that come from all over the world. We must effectively bring together both the business and IT worlds. Typically the IT people do not understand the business language and vice versa. My credibility is tied directly to my ability to bring them to the table and arrive at effective solutions.

When you meet, who is at the table?

We have business users at the table, usually end users who are executing the transaction in the system…and then also various IT people ranging from the developers to the application/interface staff. We also have different cultures at the table.  Many of our IT people (mostly the developers) are from India, so they have a strong culture, and the business users can be from anywhere in the world. I have a German background so I am very much: ‘let’s get to it directly, don’t talk around it.’ But then we also have  a lot of people from Latin America who really value making relationship connections first.  My sensitivity to how different cultures prefer to communicate is extremely important to my success!

What has been a major professional challenge for you?

Let me first say that I’m not naturally a very outgoing person.  When I moved to the US from Germany I had to force myself to be more comfortable contacting and interacting with strangers. That didn’t come naturally at the beginning, which was tough!  But I did it and now it comes more naturally.  It helps me understand others whose first language is not English:  they may be afraid of saying something incorrectly.  I understand that and I love the opportunity to help integrate ideas from different cultures and to get everyone on the same page, building cohesion and focus.

Have you ever failed?

Yes, but that’s how we learn the best. I catch myself sometimes not asking enough questions. IT may ask me to further explain the benefit of a proposal from the business side. If I can’t answer them, that becomes a problem. I need to remind myself that it’s ok not to immediately grasp an idea; full understanding is more important.

Another issue is when a deadline cannot be met. That is huge because it could potentially affect the site globally, and we may not be fulfilling our promise.

How did you become catalytic?

For me, it started with sports. I was very shy at a young age, so my parents encouraged me to do a team sport. I chose volleyball and it became my absolute passion. On that team I was the setter, which means that you never really score. For the most part you are preparing others to score. You are so important on the court because you are a decision maker, deciding who to prepare the set for and who will have the opportunity to score. I think that was the first time I was exposed to any leadership opportunities. As the setter I was always on the court and I had a lot of influence. In that role I was never quiet: I was always excited to get involved.

My coach saw something in me early that I didn’t quite recognize. I was not aware of what my coach was actually doing:  I was just loving every second of being a part of a team. Scoring individually never mattered to me.

Was there anything else you learned from being an athlete?

Ah, there is so much, but more than anything communication. It is so important! On the court you have to communicate quickly and clearly. Another critical component is having a good connection or relationship with everyone. That was always a really important part of our success.  I think that is why I am now so relationship driven and people-oriented because I just enjoy it!

What influenced your decision to move to the US from Germany?

In college I was enrolled in a dual study program which means that you are hired full time by a company and also going to classes at the university. You transition between the two after three months.  It’s like an alternating term co-op program in the US.  At Roche I was able to have internships in several different departments. One of the internships was here in Indianapolis. It was an absolutely phenomenal experience; I learned so much and grew so much. After I graduated I was able to come back to Indianapolis. The full-time move was way far out of my comfort zone but I recognized that it was the time in my life to do it. I also considered the worst case scenarios because I think that’s important to do with any big decision.

And in this case it was either getting homesick, getting fired, or not liking the US anymore, which weren’t that bad! The risk was worth it all for me.

Who on your working team is a catalyst?

My manager and mentor. He is absolutely phenomenal. I don’t know how he does it, but he has this magic where people are very comfortable with him and feel that they can talk about anything. He has the skill to make sure we come up with our own way of doing our work. Sometimes he’ll ask questions that lead us to figure out how we should best approach a situation. He’s also very trusting. He outlines a task, and says ‘I need you to do this’, but he never says ‘I need you to do it like this.’ Finally, he always says that if you run into a problem just come back to me, we can figure out a solution together.

As a person who is hiring other people, what advice would you give someone you’re interviewing? What do you look for?

The person has to be open. Open to change, open to new ideas and concepts. Along with honesty. If you are not honest with me, we cannot build a relationship that is built on credibility and trust. At my foundation are my core values: honesty and trust, whole heartedness, courage, and safety and support.

What is the mantra that you embrace?

One of my all-time favorite quotes is: “Do not follow where the path may lead. Go instead where there is no path and leave a trail.”

I think it’s very powerful because it explains that you cannot be someone else. You cannot copy their catalytic qualities and become them. Instead you really have to find your own way. You have to be your true self and find your own way of being a catalyst.